Lake Havasu City was built by a man named, Robert P. McCulloch, who hovered over the place in the early 60s in hopes of finding an area in which he could test the outboard motors he manufactured. Had he flown over just 30 years prior, he would have thought the area was unfit for motor testing, as the lake hadn’t been formed yet. It was the construction of Parker Dam in the 30s that gave birth to the Lake Havasu we know today.

After buying land and setting up shop, Mr. Robert McCulloch realized that the area would make a great place for people to live, but in order to invite folks to the area, he needed an attraction. An article in the local paper talked about how the London was selling its iconic London Bridge, which was constructed in 1831 and was in dire need of major renovations. Mr. McCulloch thought the bridge would draw tourists in, and attract people to Lake Havasu. In 1971 the bridge had been pulled apart in London, shipped and put back together in Lake Havasu. The bridge was erected on dry land and went over a shallow gulley. Once the bridge was built, the gulley was dredged, allowing lake water to flow through, consequently creating an island. This island became home to hotels, camping zones, and a municipal golf course where the site of the balloon festival is held.

Robert McCulloch was involved in several businesses and was very successful, but one thing he seemed to especially know about building and attracting people to destinations—like hot air balloons.

After over 230 years of flying and adorning the skies with their vibrant colors, hot air balloons still take pride in their romantic luster. The sheer size, shapes, and colors of hot air balloons can be mesmerizing and exhilarating, especially when they are in clumps. The annual Havasu Balloon Fest, which is held in Lake Havasu City, Arizona, features more than seventy hot air balloons participating in the fun and festivities, along with some more aerial attractions for spectators to enjoy, like huge kites, bi-plane fly-byes, ski-divers, and more. The event covers the majority of the factors a spectator could want; great weather, impressive aerial scenery, and, the space and vibe necessary to attract an influx of visitors.

Flying the balloons isn’t an easy feat. To heat the air, a hot air balloon has a set of burners, and as the air is heated, the hot air fills up the fabric of the envelope and causes lifting. The lifting force eventually overcomes the force of gravity and helps the balloon to rise. The balloon would not rise forever, though, because the air in the balloon will eventually cool down, causing the balloon to come down.

As the balloon rises the air pressure also decreases. This means that there is less cool air to support the balloon and it will begin to drop again. By varying the temperature of the air in the envelope the balloon’s altitude can be controlled.

When airborne, the pilot will maneuver the vertical motion of the balloon by either heating the air in the envelope to achieve a loftier ‘lift’ or by allowing it to cool a bit in order to ‘descend’. Hot air could also be released by pulling out and then re-sealing the parachute top but usually the natural cooling time of the balloon is enough. The balloon will only go as far as the wind takes it.

On average the winds are different at various altitudes. The pilot uses different wind directions to ‘steer’ the balloon by rising and lowering into the desired altitude and direction.

When the pilot has found an ideal landing spot, he or she will let the balloon descend at a controlled speed rate. Once the balloon touches the ground the pilot will release hot air by pulling on the parachute top. Based on the wind speed at ground level, the landing could have the balloon lay on its side and drag for a short distance if it is windy.

Hence, it is crucial to listen closely and carefully to the pilot’s instructions before landing so that you are well-prepared for the landing, especially if the pilot anticipates a ‘windy landing.’

Takes place between the 9th to the 12th of January

Admission is $15 per person

Please note – No pets are allowed

More things to see and do Around Lake Havasu 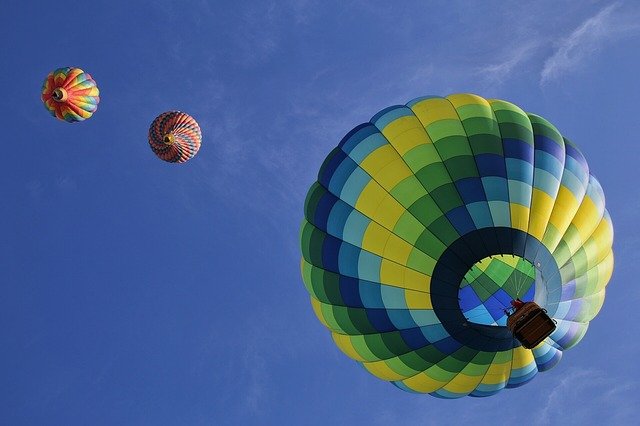 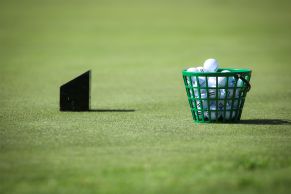 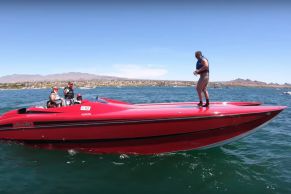 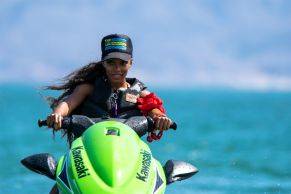 If you have any questions feel free to get in touch